Graded coins are bought and sold at fair market value like liquid assets.

The following coins have been graded by either ICCS, NGS or PCGS. These are three of the most reputable grading companies for Canadian coinage. 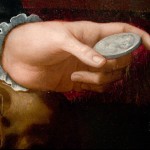 When coins are minted, they are usually described on the basis of various factors such as their country of origin, denomination, mint mark, date, type and condition. Most of these rankings would be accepted as accurate, with the exception of condition as some coins might be minted with stronger metals than others. Also, the condition of a coin cannot be determined simply through the naked eye. It is for this reason that a standard grading coin system has evolved which lays down certain guidelines along which coins are to be graded.

One type of such grading system is the International Coin Certification Service (ICCS) which is located in Toronto, Canada.  It was founded in 1986, and determines the authenticity and condition of various coins. Although ICCS grades coins from different countries, it in particular grades the Canadian dollar. ICCS has now achieved a name for itself and is considered to be very respected in providing consistent grades. The first step in grading coins is to determine whether it the coin is new or has been circulated for some time. After this has been determined, the coin is graded according to the generally accepted grading formats. Some of these more commonly used standard formats are:

Once the coins have been graded, the coins are packaged in a sealed envelope which has the seal of the ICCS grade certificate on one side. This grading certificate signifies a certification number, the assigned grade along with any comments regarding the grade given. Although there are many other grading companies in the world, ICCS is very reputed as it recognizes major and many minor varieties of coins.