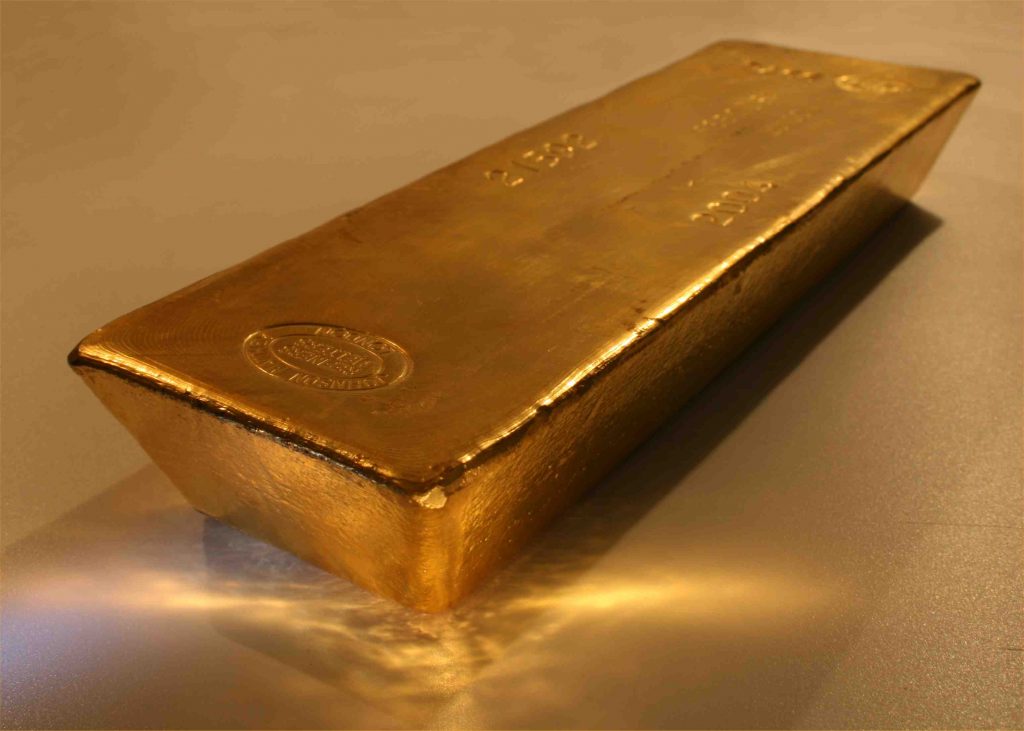 Up until just a few years ago, gold was considered a good investment to make, as the market crash of 2008 was not yet forgotten. This is because gold is regarded as a financial safety net. Recently, with the economy shifting and the currency losing power, more and more people are investing in gold like crazy – and this spreads all the way to entire countries.

The attractiveness of gold shows no abating signs – and many central banks are not slow to catch onto the movement. Still, some countries such as Canada have decided to move in a different, nearly gold-free direction – but data shows that the risks involved in accumulating gold are worth taking.

The Chinese and Russian Gold Rush

Global superpowers such as Russia and China have begun buying gold by the ton, as the bullion reserves of both countries have increased substantially. In 2018, the central bank of Russia bought 276 tons of gold bullion – a quantity that was worth more than 11 billion dollars.

As a result, the rush to gold only kept growing. In February 2019, the Russian gold reserve went up by 1Moz – resulting in the country now accounting for about 40% of gold buying. Around 6% of the global gold demand also belongs to Russia. The purpose is to reduce their reliance on the American dollar and increase the economic growth of the country.

China also makes its attraction for gold known. According to the stats from the People’s Bank of China, the country also managed to boost its gold reserves, reaching a total of 60.62 million ounces in March. This is a very impressive number, considering that in February, it stood at 60.26 million ounces.

March marks the fourth month in a row when China increased its gold purchase. During this time frame, this Asian power managed to add 42 tons of gold to its national reserve. To strengthen this move, gold companies from China have also invested about 4 billion dollars since 2011, boosting the reserves of the country by 800 tons.

China is now loading up on its gold reserve at a rate that is relatively steady. This was revealed in 2015 as gold bullion increased almost every month for a longer time frame. Now, China and Russia are turning this into a competition, moving almost head to head in their gold-purchasing spree. With these continuous purchases, they’re hoping that the reserves will grow enough to lessen their reliance on the U.S. dollar.

A Sharp Contrast with Canada

As we can see, China and Russia are not joking when it comes to gold investments. The power of the US dollar seems to be weakening, and the fact that these two powers have stocked up on gold might prove to be both an investment, as well as a separation from the global superpower called the United States.

In sharp contrast to the tons of gold purchased by Russia and China, we have Canada, which only has 77 ounces at this point. This is quite insignificant compared to the amounts held by the other two countries.

Canada began to sell many of its remaining gold reserves, giving it to the general public. By selling the gold coins this way, they reaped better prices than if they dumped a 400-ounce bar to a banker.

In 2015, the gold reserves of Canada were fairly rich, valued at around 100 million dollars. According to the Bank of Canada, around 21,000 coins (21,929 ounces) were sold in February, causing the gold quantities to go down. Before that, they sold around 38,860 ounces in January, and 41,106 in December 2018. After so much gold was sold, Canada was left with the 77 ounces that they had in March – with the numbers dangerously low.

Canada’s official statement was that their decision to sell had nothing to do with a specific gold price. Sales had been going on for quite some time at a steady pace –according to them.

The government has issued a long-standing policy in which they attempt to diversify the portfolio by selling gold and other physical commodities. Instead of gold, they opt to invest in financial assets that could be easily traded and have a great market of both buyers and sellers.

A Potential Shift towards Gold

We see that Canada has not gotten caught up in the gold rush as China and Russia seem to be. However, behind the scenes, the government does realize that they would eventually have to shift from a cash-based society and go for a cashless one. This will allow them to retain economic power.

Still, in order to do that, they will have to separate themselves from the power of the U.S. Still, this fuels the debate that is occurring behind closed doors on how the monetary system should be approached. There is the question of whether the use of this “barbaric relic” is actually needed or not. Is it actually a good idea to invest in Canadian gold coins in this day and age?

Considering the rate at which gold is soaring (and the American dollar dropping), China and Russia seem to have a good idea. Given the economic turmoil through which many countries are going, it is expected that the currency will once again drop – and that the invested gold will start bringing profits. Looking at the stats now, China and Russia would become rich – while Canada will fairly much remain in the same place.

Going the socialist route, Canada may have created a dent in their finances. At this point, with their 77 ounces of gold, they’ll never catch up to Russia or China – who already have tons of this precious metal. They know that gold will go up at some point – and in an attempt to shift away from the U.S. dollar, they are giving it their all.

However, by shifting their attention towards mining Canadian gold, Canada might be actually able to reap part of the benefits that China and Russia have. It might take years until Canada also manages to shift away from the dollar – but with careful investment, it can be done.

« Bitcoin Vs. Gold: Which Is the Better Long-term Investment?
TAGS: Canada, China, Russia