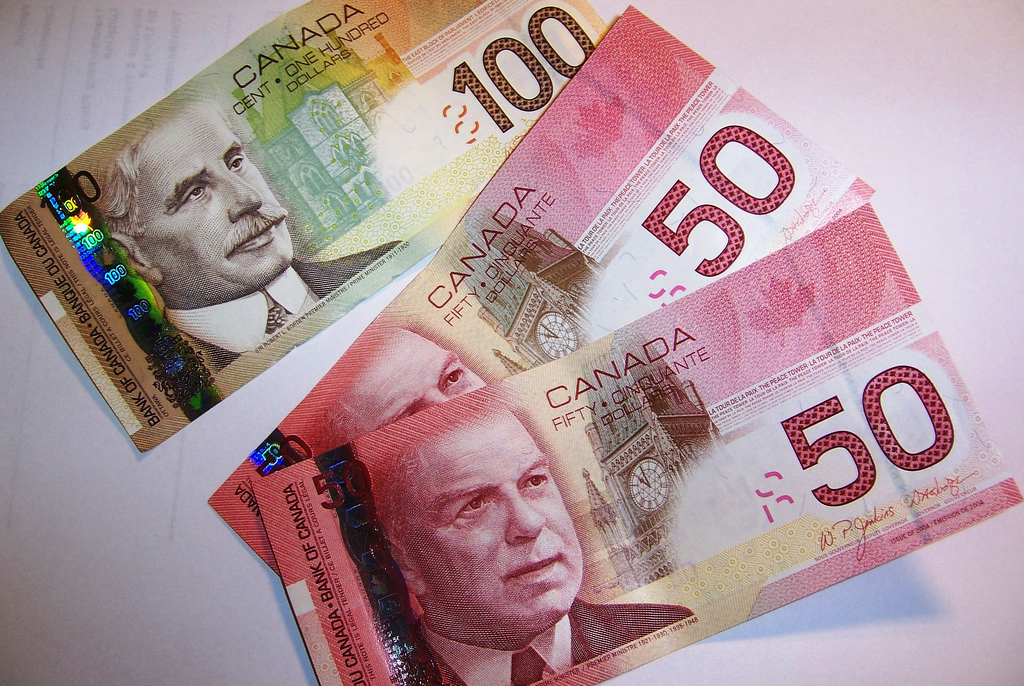 If you’re a Canadian with an interest in precious metals investing, consider yourself lucky to be part of an increasingly small club.

It turns out those neighbors that seem to have it all can barely keep up with monthly bills:

More than half of Canadians are living within $200 per month of not being able to pay all their bills or meet their debt obligations, according to a recent Ipsos survey conducted on behalf of accounting firm MNP.

31 percent are sinking in debt a little more every month. 10 percent have just $100 in wiggle room.

House prices are surging, electricity and cellphone bills rank among the worlds highest; it seems Canadians pay more for everything. It’s little wonder how it’s gotten this bad.

However, it’s a weak position to only attribute factors out of ones control. Refusal to adopt lean spending habits and questionable financial literacy are also to blame. The survey also found that “60 per cent said they don’t have a firm grasp of how interest rates affect debt repayments.” Not shocking in the least as you’d have to not understand compound interest to agree to it, or be very desperate.

With an uncanny ability to ignore financial red flags one wonders if even Billionaire investor Warren Buffet in the flesh could straighten them out. He’s often advised:

“The most important thing to do if you find yourself in a hole is to stop digging.”

When CNBC asked him what was the one thing he believed young people should be doing about money, his primary advice was to “stay away from credit cards.” Paying interest on credit cards not only suggests that you are living beyond your means, but it also means that you are losing money. Both courses of action run contrary to Buffett’s philosophy.

Another danger is emerging, and naturally that same uninformed 60 percent won’t see it coming, though they’ll feel it. Variable mortgages are about to skyrocket due to the Bank of Canada’s interest rate hike.

A decision by the BoC to start lifting its key policy rate from historic lows would raise the cost of carrying debt across the country. The Bank uses interest rates, among other tools, to influence inflation and economic activity. Many economists believe it could start to raise rates in the first half of 2018, as economic growth picks up pace.

Isn’t this a cruel trick? Once creditors had the people hooked on cheap credit, they found a way to switch the rules with help from their pals at BoC.

James Laird, president of brokerage firm CanWise Financial has predicted fixed rate mortgages will raise “0.20 to 0.25 of a percentage point.”

This could push the spread between 5-year fixed-rate mortgages and 5-years variable-rate mortgages beyond 1 percentage point, said Laird, a threshold beyond which there is generally a sizable increase in the number of Canadians who will opt for variable rates.

Americans are a little better off, but not by much. CEO of cell phone insurer Assurant noted this on Bloomberg TV:

“The reality is, half of Americans can’t afford to write a $500 check,” Colberg said. We decided to look into the CEO’s claim about the woeful state of US finances. What we found is that according to a recent Bankrate survey of 1,000 adults, 57% of Americans don’t have enough cash to cover a mere $500 unexpected expense.

Money is working against the average North American, not for them. It’s a difficult cycle to stop, because it’s rooted in a faulty mindset. Frugality, saving and investing isn’t sexy. Photos of expensive vacations get us more likes on social media, and displays of lavish spending give us a quick fix of positive reinforcement in our image-orientated culture. Living for the now is important, but some sacrifice is required for a better future.

Warren Buffett decorated his office with Depression-era photos to remind him that even in times in prosperity you need to prepare for the worst.

Wake up Canada! If a small repair to your aging Hyundai sends your personal balance sheet into the red, it’s time to break free from the herd. Stop borrowing and start investing.